Bundle #010 with HeadONE for DSLRs
HOT

Bundle #018 with HeadPLUS for DSLRs

Bundle #008 with Dual HeadONE for DSLRs

Bundle #014 with HeadPLUS for DSLRs
JibONE Bundles (View all)

Bundle #041 with Single HeadONE for DSLRs

Features that will separate you from the crowd

Adjust with one hand
FlexTILT Head 2 has no buttons, locks or knobs. The joints on it use edelkrone’s one-of-a-kind constant friction technology. That’s why they never get loose even after many adjustments unlike its copycats on the market.

Effortless height adjustment
You can instantly adjust the height of your camera without dealing with a tripod. Just pull it out as needed and FlexTILT Head 2 will adjust to the exact position you want.

Longer dolly shots
When fully extended, FlexTILT Head 2 increases your dolly in/out range with any slider by 6.7 in (17 cm).

Stand-alone
Unlike other camera heads, FlexTILT Head 2 can also work on flat surfaces as a camera stand without the need for legs. It’s the best support you need when you are a one-man crew!

Precise & smooth panning
You can easily achieve precise panoramas with pan marking and lens center shifting.
Works great with Everything

SliderPLUS (4 models) The first slider in the world that combines portable size with long camera travel. Can be motorized with Slide Module v2.

StandONE All-terrain foldable camera stand in your pocket for camera setups up to 15 lb.
#edelkrone on Instagram

Thank you for submitting a review!

Your input is very much appreciated. Share it with your friends so they can enjoy it too!

I love this product! it gives a lot more options :)

The FlexTILT Head 2 is a well built item that has proved invaluable for table top photography. The oversize wheel makes attaching the camera very simple and the Z frame gives me the opportunity to position the camera accurately. I am very pleased with my purchase and intend to use it for macro work in the future.

An excellently put together item with real practical uses for me. I've used it a few times and it works great although freestanding it does take a bit of practice to get the balance right. A bit pricey. 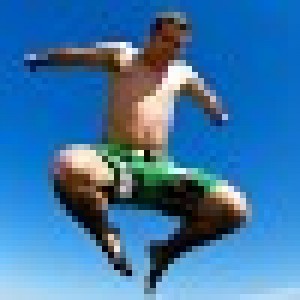 Over all I am really happy with this product. I use it with my S1H on the Jib One and it is a really intuitive setup. The only thing to criticize might be the fact that it is sometimes really difficult to install the camera unit on FlexTilt Head 2 because you need way more force than you expect in the beginning but it is logical because otherwise it wouldn’t be stiff enough to hold a camera with lens and mic properly in place.

very high quality and useful to many applications and setups

It is a great device and meets all expectations. Nice packaging and amazing user experience.

Wow. With FlexTILT Head 2 I discovered new possibilities for my work.

Is perfect for sliders. I love it.

I am very happy with my flex head 2, it is so versatile and camera is very safe when attached. I would definitely recommend this head.

This is a great item. We used it recently on two shoots - one with a Sony A7iii and one with a Canon 1dx mark ii. The Sony provided no problems to the head and it performed really well, just as we had planned. However, the second shoot, which was in another country and we opted for the FlexTILT Head 2 for it’s weight and convenience, didn’t go as well. The weight of the 1dx and lens proved too much for the FlexTILT head 2, even though it was within the specified weight limits on the Edelkrone website. You can adjust the screws, but on site we were under pressure from the client and didn’t have time to play around with it. Since then, I have now tightened the screws up on the top tier and we’ll see how it handles the weight this time around - but we will have to take a proper backup in case, which sort of defeats the object of having this lightweight, portable head. The type of shots you can get with this head are more creative than a standard head, so we’ll keep on tweaking until we get it just right. Edelkrone - you guys should release a heavy duty version of this head, possibly with locking joints rather than resistance based joints, as I’m sure lots of people would be interested in a gravity defying head for video when using heavier rigs.

Solid as a rock

I was expecting it to be lightweight, but it's not. It's an excellently machined head, very well made and a delight to use. When you position the camera, it stays put, solid as a rock. Well happy!

Brings a tripod up to size. Fulfills the promises. A bit heavy, but that is due to the metal quality. Possible and affordable in carbon ?